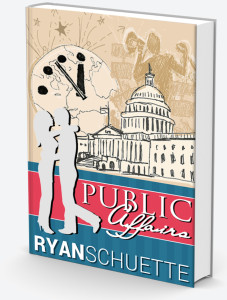 Can politicians ever love anyone more than themselves? No one knows the answer to that question better than Ken Rose, a smooth-talking congressional staffer for whom romance is just another means to an end in Washington, D.C.

But Ken finds he’s all out of answers when his conservative boss from Texas falls madly—and very publicly—in love with a liberal upstart from California. Their high-profile courtship romances the public, changing the way Washington does business, infuriating political players jealous of the media attention, and pissing off a system that hates change.

Can Ken and Clara Hernandez, his ex-fiance, now suddenly a colleague, overcome their differences—and their nation’s broken politics—in time to prevent Capitol Hill from becoming the world’s largest pothole? It’s a love story made in China.